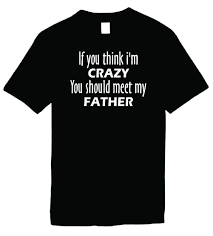 My blog has gotten me into lots of trouble lately with people I care about – family members, former students, and academic colleagues.  So I feel I owe them an explanation of where I’m coming from. It’s complicated. It has taken me a long time to get from normalcy to what my son-in-law terms “your father’s crazy theories.”

But before I get to that, here’s the trouble I’m in.

My recent review of the Broadway musical, “Hamilton” ticked off my children – all three of them. They love the play. Now they’re not too sure about me!

You see, I wrote off “Hamilton” as a reverse minstrel show.  Black and brown equivalents of Stepin Fetchit and Bojangles, I said, simply endorse the “official story” of American history. They prostitute their revolutionary rap music to celebrate their own people’s white oppressors like Alexander Hamilton, George Washington, and James Madison. All the while the actors ignore their own bitter backstory of slavery and “Indian” extermination. The audience leaves the theater royally entertained but with their prejudices not only intact but reinforced.

My children didn’t like that. Two of them unsubscribed from my blog. I’m too extreme, they said. “You’re always so anti-American. You’re as knee-jerk on the left as Rush Limbaugh is on the right. I’m tired of reading your “commie crap.”

A former student and a university colleague implied the same thing when they responded to another post, “In Defense of ISIS” (Scroll down this blog to January 19, 2015).

There I had tried to say that ISIS is much more than a group of pathological killers. They have longstanding historical grievances that go back 1400 years. Those grievances were aggravated over the last 80 years as Arabia was balkanized in a major act of “divide and rule” by England, France, the United States and others. Moreover, ISIS does more than terrorize those under its sway, I said. It also wins hearts and minds by providing a wide array of social services.

The colleague said I romanticized a brutal military force that controls by terror and gives aid only to those who agree with its viewpoint. (Which sounded to me a lot like the United States!)

And what about ISIS’ public executions and all those beheadings? That was the objection of my former student.  In one of those executions, she pointed out, a 20 year old son executed his own 35 year-old mother for apostasy. He did so in front of a crowd of hundreds apparently approving of his act. Tell me that’s not pathological, she demanded. (For my answer, scroll down to January 23, 2015).

And then there’s a close relative of mine who stopped talking to me when I pointed out that Muslim refugees shouldn’t be profiled or looked on with suspicion. They’re here, I said, because we’ve bombed their homes! We’ve done that in Syria, Iraq, Afghanistan, Somalia, Yemen, Libya and elsewhere. If we want to keep them out, we should stop the bombing.

But, she asked, if we leave, what would happen in Syria?

We have no dog in that fight, I replied. We should simply stop the bombing and leave the Arabian Peninsula to fend for itself. The only reason we’re there is for the oil.

At that point my dear relative hung up on me.

You see what I mean? I’m in deep trouble with everyone.

So let me explain myself. I want the series of articles I have in mind to show that my “crazy theories” didn’t just fall out of the sky. They’re based on life experience that has taken me all over the world, on what I’ve learned during my 40+ years of teaching and research, and on trying to think about all of that in a disciplined way. Be forewarned: my thinking centralizes a personal faith shaped by my allegiance to Christianity, Judaism, Buddhism, Hinduism, Islam, and prophetic atheism.

4 thoughts on “Family Troubles: Reflections on My Life (Part I in a series)”