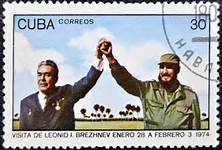 Today’s gospel selection, with its story of Zacchaeus, the tax collector, is about unjustly acquired wealth and reparation. As such it addresses a problem very close to the hearts of the world’s poor. With that in mind, consider the following:

In 1974, the U.N. endorsed what it called a New International Economic Order (NIEO) that would counter the poverty inflicted on the world’s former colonies by their European masters since the time of Columbus. Among other provisions the NIEO would (1) indemnify the former colonies monetarily by transferring large sums of capital to impoverished nations, (2) deliver advanced technology to the newly freed nations free of charge, and (3) index prices of raw materials produced in the “Third World” to those of finished products produced in the industrialized nations (so that, for instance, the price of grain would rise with that of tractors purchased from the former colonial masters).
_____

A few weeks ago, the Times of India reported that the World Trade Organization (WTO) was having difficulties with India’s Food Sovereignty Program. The program’s provisions provide guaranteed access at subsidized prices to flour and other essential items for India’s poorest families. The WTO finds such provisions problematic, since they interfere with its free trade ideology of “trickle down” economics. While sympathetic to the demands of hungry people, the WTO finds them impractical, since subsidies and market controls are counterproductive to the interests of the poor.
_____

About a month ago, Pope Francis addressed workers in Cagliari, Italy. Departing from his prepared text which centralized Jesus’ words about the contradiction of trying to serve two masters, God and Mammon, Pope Francis criticized free trade and globalization. He said free trade ideology had brought with it throw- away culture that victimized society’s weakest including the elderly whose neglect amounted to what he called a “hidden euthanasia” of those no longer considered productive. “We throw away grandparents, he said, “and we throw away young people. . . . We want a just system that helps everyone.” The pope added “We don’t want this globalized economic system that does us so much harm. At its center there should be man and woman, as God wants, and not money.”
_____

Please keep those thoughts in mind as we consider today’s reading from Luke’s gospel. I’ll come back to them shortly.

Once again, today’s gospel is about reparations. It centralizes an encounter between the tax collector, Zacchaeus, and Jesus. Jesus invites himself to Zacchaeus’ house for dinner. The tax collector is so overjoyed that he exclaims, “Behold, half of my possessions, Lord, I shall give to the poor, and if I have extorted anything from anyone I shall repay it four times over.” That is, Zacchaeus agrees to make reparations for past exploitation.

The first part of Zacchaeus’ promise seems to represent recognition on the tax collector’s part that his ill-gotten wealth constitutes a crime against poor people in general. So it calls for a general divestment of wealth on his part. He’s going to give away half of his property – half to the poor of Jericho where he’s been overseeing tax collection for years!

The second part of Zacchaeus’ promise is directed specifically to identifiable victims of his extortion. He’ll return to them four times what he defrauded – four times!

This seems to suggest that reparations for economic crimes are not only recommended for those deciding to join “The Way” of Jesus; they constitute a requirement of discipleship.

Do you think that applies to nations as well as to individuals?

As I noted: in 1974 the United Nations agreed that it did. That’s what the New International Economic Order was all about: reparations.

Of course, the U.S. and Europe saw to it that the provisions of the NIEO were never implemented. In fact beginning with the Reagan-Thatcher era in 1980, the industrialized nations moved in the exact opposite direction of the NIEO. They instituted a new regime of trade liberalization that came to be called “globalization.” It’s that process that the WTO is defending in objecting to India’s Food Sovereignty Program. Margaret Thatcher said there was no alternative to it.

U.S. trade representative, Carla A. Hill, helped see to it that Thatcher proved right. She and others in the George H.W. Bush and Clinton administrations used what Hill referred to as the “crowbar” of Third World debt not as reason to indemnify the exploited, but as a way to further exploit them. Hill argued that demanding debt repayment (instead of cancellation) would pry open the resistant economies of the former colonies and work against the kind of reforms the U.N. advocated with its NIEO plan.

The Carla Hill plan worked. As a result, the poverty of the world’s majority has not diminished at anything like the rate foreseen by NIEO authors.

It’s against that sort of globalization that Pope Francis spoke in Cagliari. According to the pope, the working class doesn’t want that economic system. As “harmful,” it represents further exploitation of the poor rather than their indemnification. It places money rather than human beings at its center.

The pope’s message represents a reiteration of Catholic Social Teaching, the “best kept secret of the Catholic Church.” At its best, those teachings are anti-war, resistant to unfettered capitalism, pro-labor, and generally favorable to social justice.

But are the market restrictions required by such considerations practical? Would the provisions of the NIEO work? Or is the WTO correct in advocating free trade and trickle-down economics as the only practical course? (And is the Christian Right correct in its uncritical support of the WTO approach?)

To answer directly: we know that the NIEO works.

Let me tell you what I learned about that in Brazil and Cuba. Let’s begin in Brazil.

Back in 1984 I attended a semester-long seminar on liberation theology. It was taught by Latin American scholars I had been reading for years. Enrique Dussel Sr., the great philosopher of liberation from Argentina played a prominent role in the seminar.

One day in the course of the seminar Dussel made a passing remark He referred to Cuba as “the envy of the 3rd World.”

Even at my age (then 44), the phrase came as a shock. In the U.S., of course, we not used to hearing even a single laudatory word about Cuba’s revolution or its leader, Fidel Castro.

However, years later, in 1997, when I made the first of my many trips to Cuba, Dussel’s remark was confirmed – by a Cuban who was no friend of the revolution. She observed that before the fall of the Soviet Union, the accompanying loss of 80% of Cuba’s trading partners, the cynical intensification of the U.S. embargo, and the subsequent onset of Cuba’s “Special Period” of hunger, poverty and emigration, Cubans had “lacked nothing.”

That was because the Soviet Union had adopted towards Cuba what amounted to the provisions of the New International Economic Order (NIEO) in its relations to the island nation just 90 miles off our Florida coast. Russia had transferred money and technology to Cuba. It had indexed the prices of its finished commodities to Cuba’s sugar.

And it worked. In fact it was the success of the Soviet program that had to be countered by U.S. embargoes, blockades, and trade policies. Otherwise Cuba’s success would become apparent to the rest of the Third World and Cuba’s “good example” would possibly incite similar revolutions among those former colonies.

In the light of that success story, in the light of the words of Pope Francis, and above all in the light of the example of Zacchaeus, those who would follow Jesus seem called to repudiate Christianity’s over-all practical support of free market capitalism and the type of globalization favored by developed nations over the last thirty-five years.

Isn’t it ironic that Cuba and Russia, our country’s designated enemies for all those years – communists and atheists at that (!)– end up demonstrating how to respond to the gospel call to restorative justice?