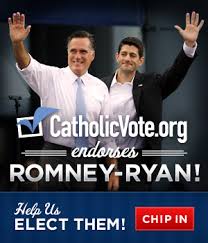 On September 6th, the Washington Post published a report called “White Catholics Struggle to Get on Board the Trump Train.” The article’s assumption was that obviously Caucasian Catholics are expected to vote Republican. However, the report noted, some are having second thoughts in the light of the Trump candidacy – presumably because of his waffling on the issue of abortion.

Unexplainably, the Post article completely ignored the overall progressive thrust of Pope Francis’ teaching and the un-Republican influence it might be having on Catholic voters. Instead, it bolstered its “of course” assumption about Catholics voting Republican by puzzling over the fact that four years ago Catholics who attended Mass at least once a month favored Mitt Romney by 38 points. This year, Donald Trump’s lead among such Catholics has shrunk to 17 points..

True, the WaPo article did suggest that Pope Francis might have something to do with the trends it described. After all, Francis had explicitly intimated that Mr. Trump was unchristian for intending to build a wall along the U.S.-Mexican border. Followers of Jesus, Francis said, build bridges, not walls. In response Trump dismissed the pope as “very political.”

However, the Post completely ignored the issues of climate change, a world economy based on arms manufacture, capital punishment, and world-wide income disparities – Pope Francis’ signature issues that he himself highlighted in his speech last year to the U.S. Congress.

The Post carried on as if that speech and the pope’s landmark encyclical on climate change had never occurred. It was as though the Church were still mired in the reactionary era of John Paul II and Benedict XVI, when Catholics seemed obsessed with one issue alone: abortion without connecting it (as Francis has done) to problems of poverty, war, environmental destruction, and an overwhelmingly punitive “justice” system.

So how should Catholics vote who are tuned into Pope Francis’ more comprehensive moral concerns? According to the pope’s eco-encyclical, his Apostolic Exhortation, The Joy of the Gospel, and his address to the U.S. Congress, Catholics should vote:

In the run-up to the elections, these are the issues Catholics should quiz Ms. Clinton and Mr. Trump about – as well as candidates for other public offices.