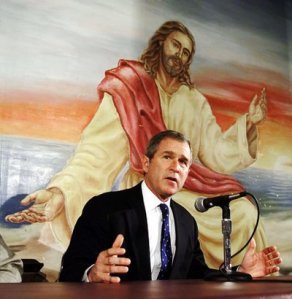 I think we all might agree that today’s United States is marked by deep divisions – a concept raised in today’s gospel reading. Some say our country is more divided now than at any time since the Civil War. I’m talking about conflicts of:

• Conservative against liberal as anywhere you tune in on the AM dial, you’ll hear harsh and threatening words vilifying those who stand for social justice, equality and tolerance.
• Rich against poor as the income gap widens and the poor and immigrants are identified as lazy freeloaders.
• White against black as Stand Your Ground laws and voter suppression measures gain ground, while Trevon Martins are killed with impunity and their brothers are “stopped and frisked” by racist cops.
• Men against women, as the “War against Women” finds expression around issues of contraception, rape, abortion and women priests.
• Straight against gay as the LGBT community still struggles for domestic partnership benefits and recognition of the legitimacy of their love relationships.
• Christian against Muslim, as the United States continues its brutal wars in Afghanistan and throughout the Muslim world with daily drone strikes killing innocents along with those who resist the U.S. War on the World and are branded as “terrorists” for doing so.
• Old against young as twenty-somethings like Bradley Manning, Edward Snowden, and Aaron Swartz are harshly punished for exposing the crimes of their elders.

And Jesus is deeply involved in all of those conflicts. He is routinely invoked as endorsing conservatives, the rich, whites, men, straights, Christians, and the geriatric patriarchal establishment that rules the world. More specifically, a “devout Catholic” like Paul Ryan invokes his Catholicism to endorse social Darwinism as he crafts and promotes budget cuts that favor the wealthy and militate against single mothers, their children, and undocumented workers that increasingly form the backbone of our economy.

Even kindly Francis I invokes Jesus to continue the exclusion of women from the priesthood and the control of women religious by the male hierarchy which by church law remains strictly segregated from intimate contact with women. This same hierarchy finds some of its members deeply implicated in what Pope Francis himself calls a “gay lobby,” all the while denouncing homosexuality.

Such forces and movements embrace a Jesus who endorses conservative values and the status quo.

We get a different picture of Jesus from today’s gospel reading – and from the Christian Testament in general. This Jesus is anything but conservative. He’s not even liberal. He is deeply radical – an enemy of the temple establishment and the Roman Empire. Rather than supporting the status quo, he calls for fire to consume it. He can’t wait, he says, till it’s all gone – to be replaced by God’s reign. Jesus’ words this morning are fierce. No doubt, Jewish insurgents against the Roman occupation of Palestine found them congenial.

Closer to home, today’s Jesus even seems to endorse family strife. Luke has him say, “Do you think that I have come to bring peace to the earth. No, I tell you, but rather division. From now on five in one household will be divided, three against two and two against three; they will be divided father against son, and son against father, mother against daughter, and daughter against mother, mother-in-law against daughter-in-law, and daughter-in-law against mother-in-law.”

In the light of our own divisions, Jesus seems to be calling us to take a stand even if it means opposing our nearest and dearest. Maintaining family peace is less important for Jesus than the radical change demanded by God’s Kingdom. Standing with Jesus means taking sides. In the light of our divisions, it means for me:

• Standing with the poor and immigrant communities and recognizing corporate “persons” as the enemies of the world’s majority.
• Tuning out the hate ranting of the Limbaughs and Hannitys and recognizing that their values are antithetical to those of Jesus.
• Combatting Stand Your Ground Laws, racial profiling and efforts at voter suppression.
• Recognizing the absurdity of men attempting to control and pass legislation about women’s bodies – and of the church patriarchy contradicting virtually all biblical scholars in its chauvinistic exclusion of women from the priesthood.
• Saying clearly that the Bible teaches nothing about homosexual orientation – a totally modern understanding of a perennial human reality whose conformity with nature has been nearly impossible to understand for most in the West so thoroughly indoctrinated by a homophobic version of Christianity.
• Recognizing that the United States is the modern equivalent of the Roman Empire which Jesus resisted along with all patriotic Jews of his time. This implies that Muslims resisting U.S. Empire and occupation of their lands have more in common with Jesus than with us Christians who live in the belly of the beast. What our government calls terrorists are the analogue of the Zealots of first century Palestine. And Jesus’ inner circle of 12 incorporated Zealots. Think about it.

In its most specific terms, today’s gospel reading also asks us to think about the conflict of old against young. Jesus himself, of course, was a young man – barely 30 when speaking these words: “They will be divided father against son, and son against father, mother against daughter, and daughter against mother, mother-in-law against daughter-in-law, and daughter-in-law against mother-in-law.”

Notice that the conflicts named by Jesus are generational. They pit the old against the young and the reverse. (There’s not talk here of brother against sister or sister against brother.) This seems to be a call then for elders to respect their juniors. Are we doing that with Manning, Snowden and Swartz? We should, it seems, if we’re attuned to Jesus’ words this morning.

As for practical responses to Jesus words . . . . How about:

• Staying out of the Big Boxes as much as we can.
• Listening to “Democracy Now” or “All Things Considered” rather than to Limbaugh or Hannity.
• Going door-to-door to register voters in minority neighborhoods this fall.
• Withholding church contributions till our church reverses its stand on women’s ordination.
• Supporting the LGBT community in any way we can.
• Phoning the White House and congressional representatives about ending drone strikes
• Supporting the campaign to award Bradley Manning the Nobel Peace Prize.

What I’m saying is that the gospel call today is to become more deeply radical and determine which side we are on.

Can you think of anything else we might do “take sides” in the spirit of Jesus?

2 thoughts on “Which Side Are You On? (Sunday Homily)”