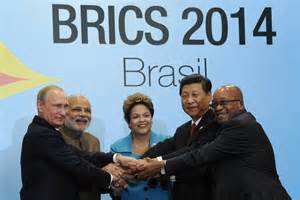 The whole world was surprised when the Soviet Union dissolved in 1989. The dissolution represented an earth shaking paradigm shift to say the least. However, virtually no one claims foreknowledge on that one. One wonders how such oversight was possible.

Something similar is happening today. The poor of the world are asserting themselves against U.S. hegemony. Yet, virtually no one in the mainstream seems to notice. Once again, the revolution is not being televised.

Not even followers of Jesus’ Way are commenting. And this despite the fact that before all others, we should be attuned to paradigmatic shifts in world order connected with what Jesus termed the Kingdom of God.

Such paradigm contrast is suggested by today’s liturgy of the word. It juxtaposes the dream of Solomon, Israel’s would-be empire builder, and Jesus’ words about the contrasting nature of God’s Kingdom.

Begin by noting that the current world order is dissolving before our very eyes. That became apparent two weeks ago at the Sixth Summit of Heads of State and of Governments of BRICS which took place in Fortaleza, Brasilia. Besides leaders from the BRICS countries (Brazil, Russia, India, China and South Africa), the presidents of UNASUR, the Union of South American Nations, all participated including Kirchner (Argentina), Bachelet (Chile), Santos (Colombia), Morales (Bolivia), Correa (Ecuador), Mujica (Uruguay), Maduro (Venezuela), and Umala (Peru).

Those present at the conference represent more than half the people in the world and fully 25% of its gross domestic product. That’s more economic power than the United States which controls 20% of the world’s GDP with 5% of the planet’s population.

And what did the BRICS Conference participants discuss? Not bombings, sanctions, debt ceilings, presidential impeachments, or lawsuits against heads of state – not birth control, abortion, gay marriage or border security. Instead they actually confronted the shared problems of the world – all the situations our provincial U.S. Congress systematically avoids, denies, and/or manipulates for political purposes.

Even more importantly, BRICS Conference attendees specifically planned the de-Americanization of the global economy and the creation of a multilateral, multipolar world prioritizing the needs of the Global South. Deliberation topics included:

 * Third World development in general
 * The industrialization of Africa in particular
 * The Creation of a BRICS development bank to replace the World Bank and the IMF
 * New international currencies to supplant the U.S. dollar as the world reserve
 * Sustainable responses to climate change
 * Building a railway from the Pacific Ocean in Peru to the Atlantic in Brazil
 * Installation of an IT cable from Vladivostok to Shantou, Chennai, Cape Town and Fortaleza (bypassing the United States).
* BRICS collaboration with the Shanghai Cooperation Organization (SCO) which binds Russia and China into a common security policy with Central Asia.

Such matters are world-transforming.

In fact, they represent practical steps towards something like the global wealth tax suggested by Thomas Picketty in Capital in the 21st Century – a tax dismissed by U.S. mainstream media as excessively idealistic, impractical and never-to-be implemented.

The thing is: those willing to impose such tax for the benefit of the developing world belong to the developing nations themselves. They are going their own way free from the hegemony of the United States.

All of this is relevant to today’s liturgical readings.

The selections implicitly compare the paradigm shift heralded by Jesus and his proclamation of God’s Kingdom to replace the imperial order not only of Rome, but of Israel itself. Israel’s leaders a thousand years earlier had hijacked the Mosaic Covenant favoring God’s poor.

In today’s first reading Solomon’s court historians mask the hijacking by predictably identifying their employer as “the wisest man ever,” just as before him they had identified Solomon’s cruel and womanizing father, David, as “a man after God’s own heart.” In this royally hijacked form, the Covenant connected God and the royal family. It assured a royal dynasty that would last “forever.” It guaranteed God’s blessings on Solomon’s expansionistic policies. (That’s like the clap-trap we have to endure from American Exceptionalists and from those anticipating a New American Century.)

The covenantal truth was much different. In its original Mosaic form (as opposed to the Davidic bastardization), the Covenant joined Yahweh (Israel’s only King) and escaped slaves – poor people all – threatened by royalty and their rich cronies.

The Covenant’s laws celebrated in today’s responsorial psalm protected the poor from their perennial antagonists, Israel’s court and its cronies. For instance, “Thou shalt not steal,” was originally addressed to large landowners intent on appropriating the garden plots belonging to subsistence agriculturalists.

Despite such prohibitions, those who established Israel’s basic laws knew the power of money. The rich would inevitably absorb the holdings of the poor. So Israel’s leaders established the world’s oldest “confiscatory tax.” It was called the “Jubilee Year” which mandated that every 50 years all debts would be forgiven and land would be returned to its original (poor) owners.

Like the BRICS Conference, the Mosaic Covenant prioritized the needs of the poor.

The advent of a Jubilee Year represented the substance of Jesus’ basic proclamation. No wonder the poor loved him. No wonder the refrain we sang together this morning repeated again and again, “Lord I love your commands.” That’s the refrain of the 99% in struggle with the rich 1% represented by Solomon and his court.

In today’s Gospel selection, Jesus indicates the radical swerve necessary for establishing God’s kingdom understood in Jubilee terms. It involves “selling all you have” and buying into the Kingdom concept as if it were buried treasure or a pearl of great price.

I’m not saying that the Kingdom has arrived with the BRICS Conference. I’m not claiming that Jubilee is about to dawn. However a power has emerged which actually prioritizes benefitting the poor instead of the 1%. And followers of Jesus’ Way should buy into it. We need to celebrate it and anticipate it in our own lives.

The New World Order anticipated by BRICS is certainly not perfect. However it’s far from the imperial order which protects the given order, constantly threatens sanctions if you disobey, and whose policies inevitably target the poor and most vulnerable.

In other words the emphasis of the BRICS Conference is not on policies causing Matthew’s “weeping and gnashing of teeth.” Instead it’s on cooperation, mutual respect and common good.

Now that’s a move Jesus’ followers can endorse. It’s moving us towards global change even more significant than the unforeseen fall of the Soviet Union.