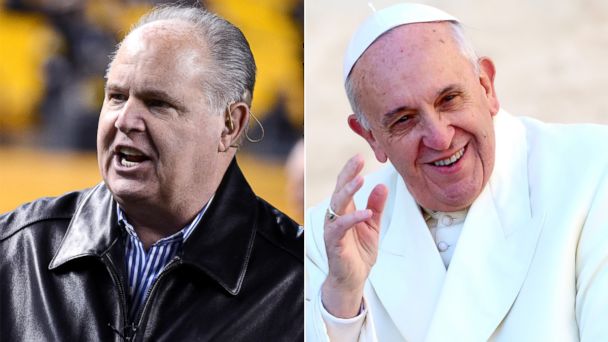 It’s Lent. Traditionally it’s a time for adult education in our parish. This year we decided to study the pope’s landmark encyclical, Laudato Si’.

The first meeting drew a group of 16 parishioners – almost all over the age of 60.

Perhaps understandably, the opening discussion never got much beyond statements familiar to most of us. More specifically, during our conversation we heard opinions voiced that:

Of course, most of those statements are questionable and worth discussing.

In any case, participants weren’t entirely to blame for the conversation’s lack of urgency. After all, the dialog exactly mirrored the source the group decided to use to focus its discussion – Discovering Laudato Si’: A Small Group Study Guide published by the Lexington diocese. It disappointingly succeeds in defusing the pope’s radical document in a way that Rush Limbaugh or any climate-change-denier might endorse. In its selection of papal texts, but especially in its introduction and conclusion, the guide actually adopts an overall tone and specific argument that:

In view of such gradualism, complacency, misinformation, and discouragement of concerted activity, who couldn’t understand the group’s bemused lack of urgency in dealing with climate change and related issues?

And yet, the diocesan study guide flies exactly in the face of Laudato Si’ which adopts a strong position on the side of climate science. Its sense of urgency is unmistakable as is its overwhelming and specific focus on “the large issues.” According to Pope Francis, these call for abandonment of capitalism-as-we-know-it, for drastic structural change, joining world-wide movements, and restructuring economies according to a “preferential option for the poor.” Consider each of those elements.

First of all, the Pope unambiguously sides with climate science. Throughout the encyclical he endorses its findings:

Secondly, there is a sense of undeniable urgency in the pope’s words:

Thirdly, see how Pope Francis approves of “environmental crusades” and their actions. He says:

Fourthly, the Pope centralizes the “larger issues” including re-evaluation of capitalism-as-we-know-it. His critique of the reigning economic system is found prominently in Laudato Si’  (LS), The Joy of the Gospel (JG), and elsewhere in his speeches and homilies. He has said:

Fifthly, according to Pope Francis all of these concerns belong to ordinary people who as moral agents,  must presumably educate themselves about their details:

Sixthly, the pope offers an alternative to capitalism-as-we-know-it. The alternative is an economy structured according to a “preferential option for the poor.” This dictates:

Finally, all of this – The Joy of the Gospel, Laudato Si’, the pope’s various speeches, and especially his address to the U.S. Congress raises specific questions about political activism and informed voting. For instance, does it mean voting:

Pope Francis eco-encyclical is much more radical than the Lexington diocese pamphlet suggests. The study guide’s domestication of the pope’s urgent summons is not trivial. It fundamentally changes its message which is absolutely revolutionary (LS 114).

The earlier-mentioned Rush Limbaugh grasped that fact immediately. He said

“Pope Francis attacked unfettered capitalism as ‘a new tyranny’ and beseeched global leaders to fight poverty and growing inequality . . . Francis went further than previous comments criticizing the global economic system, attacking the ‘idolatry of money’. . . This is just pure Marxism coming out of the mouth of the pope. . .”

Limbaugh, of course, is wrong. Plenty of Democrats (including the current president) shy away from the pope’s call for international control of pollution, for debt-forgiveness, colonial reparations, universal health care, abolition of capital punishment, cut-backs in military spending, and limiting “pro-life” concerns to the abortion issue.

Nonetheless, the diocesan study guide’s insistence on gradualism, avoiding big issues and rejecting international climate “crusades” renders it unlikely that diocesan discussion groups will ever move beyond timidity, caution, boredom and resistance to discussing the issues it raises both small and (especially) large.

After all, Cultural Revolution entails serious conversations about relevant cultural elements that Americans find difficult: economic systems, historic relations between the U.S. and the “Third World,” theological convictions, models of church, what group participants actually believe about God, Jesus and the Bible – as well as about significant practical responses to what is arguably the most important public document of the present century.

Becoming revolutionary means opening participants’ hearts and minds so all of us might move beyond pseudo-certainties, drop defenses, learn something new, and possibly endure personal transformation. Most of us are not much used to any of that.

Nonetheless those are the tasks before us in our Lenten study group – along with the questions appended below: