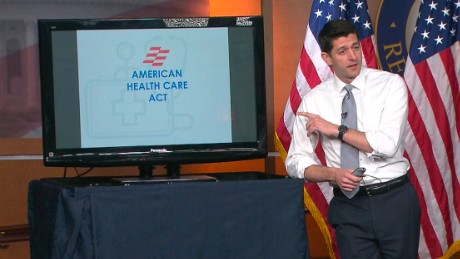 With last week’s passage of Trumpcare in the House of Representatives, one wonders what a “devout Catholic” like Paul Ryan is thinking. After all, Mr. Ryan’s health plan removes coverage from 24 million Americans while offering huge tax cuts to our country’s wealthiest. What God does he worship? What concept of Jesus’ Way does he have?

The question is pertinent because today’s liturgy of the word presents Jesus as identifying himself and his “Way” with knowledge of a God who would never support the House Speaker’s plan. Jesus says “I and the Father are one. Whoever has seen me has seen the father.”

Perhaps Mr. Ryan interprets that to mean that Jesus is God.

He shouldn’t. I mean, saying that Jesus is God presumes that we all know who God is. Actually, we don’t.

Oh, we can speculate. And theologians and philosophers throughout the world have done so interminably. Think of the Greeks and their descriptions of God as a supreme being who is all-knowing, omnipotent, and perfect. Such thinking leads to a concept of Jesus that is totally abstract and removed from life as we live it from day to day. That God is removed not only from the problems of healthcare, but from those of hunger and homelessness addressed in today’s readings.

The distinction is important. It literally brings us (and God) down to earth. It means that Jesus embodies God – inserts God into a human physique that we all can see and touch and be touched by.

If we take that revelation seriously, our gaze is directed away from abstract philosophical concepts that enable us to ignore life and the needs of the poor. We’re directed away from “heaven,” away from churches, synagogues, and mosques. Our focus instead becomes a God found on the street where Jesus lived among the imperialized, and the despised – the decidedly imperfect. In Jesus, we find God revealed in the offspring of an unwed teenage mother, among the homeless and immigrants (as Jesus was in Egypt), among Jesus’ friends, the prostitutes and untouchables, and on death row with the tortured and victims of capital punishment. That’s the God revealed in the person of Jesus.

Following the way and truth of that Jesus leads to the fullness of life the Master promises in today’s gospel reading. That fullness involved provision of food and shelter here and now. In fact, that’s been a recurrent theme in our liturgies of the word since Easter Sunday. Take, for instance, today’s first reading from the Acts of the Apostles. It shows us a faith community focused on providing food for single moms and their children. The first Christians worship a God who (as today’s responsorial puts it) is merciful before all else. That God, like Jesus, is trustworthy, kind, and committed to justice.

So we sang our response, “Lord, let your mercy be on us, as we place our trust in you.” In doing so, our thoughts should have been directed towards the corporal works of mercy which the church has hallowed through the ages. Do you remember them?  Feed the hungry, they tell us; give drink to the thirsty; clothe the naked; visit the sick and imprisoned, bury the dead, and shelter the homeless.

In fact, providing shelter – homes for the homeless – was so central for early Christians that it became a fundamental metaphor for the human relationship to God. (Remember those descriptions of early church life in ACTS 2:35 and 4:34, where homes and all property were shared in the primitive church.) So, today’s reading from First Peter describes the early community as a single house whose cornerstone is Jesus himself. Then in today’s gospel, John refers to Jesus’ Father as the one who provides a vast dwelling with many luxurious apartments. You can imagine how such images spoke to impoverished early Christians who would have been out on the street without the sharing of homes that was so important to early church life.

So don’t be fooled by the upside-down version of Christianity that allows politicians and those they trick to turn Jesus and his Way into some abstract after-life doctrine – that allows Jesus’ followers to turn their backs on the sick. That’s the comfortable ersatz faith that believes that Jesus is God. He is not.

Rather, God is Jesus. God is the one reflected in the lives and needs of the poor, the ill, and despised. With Jesus, the emphasis is on this world – on eating together, feeding the hungry, sheltering the homeless, on elimination of poverty, and sharing all things in common. That was Jesus authentic Way – the one followed so faithfully by the early church focused on God’s mercy and the merciful acts it inspires. It should be our Way as well.

It is definitely not Paul Ryan’s way. Don’t allow him to claim that it is.

One thought on “(Sunday Homily) Jesus’ Promise: Free Food for Single Moms; Mansions for the Homeless”