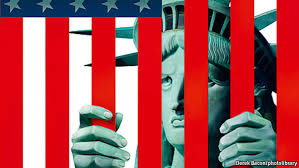 Today’s liturgy of the word celebrates hospitality. It lauds the loving reception of prophets, social justice activists (the righteous), and the least among us. It invites us to grow up and offer such welcome despite what family members might think, when prophets like Elijah, Elisha, and Jesus contradict the culture’s received wisdom.  We are to embrace such critics despite the resulting rejection and threats (even death) of the larger community. The liturgy reminds us that openness to prophets, champions of social justice, and their victimized protégées imitates the generosity of Jesus and God himself.

Reflections like these prove especially apt on this Fourth of July weekend, at a time when our national circumstances stand in such sharp contradiction to the ideals we celebrate. To understand what I mean, first consider the occasion; then the liturgy’s sobering reminders about hospitable openness to prophetic insights which in Israel were often critical of the distance between the nation’s ideals and its historical, lived reality.

Let’s begin with our context.

Tuesday, of course, will be Independence Day. It’s an annual festival to laud the Founding Fathers, democracy, and American ideals of freedom, justice, and our “exceptional” Way of Life. It’s a time to remember that we’re a nation of immigrants – those famous “tired, poor, and huddled masses” – seeking better conditions in a land of unlimited possibilities. It’s when we sing the “Star Spangled Banner” recalling that we’re all free and brave.

Some of us will go to baseball games or watch the national pastime on T.V. There, war planes will fly in formation as we sing Francis Scott Key’s hymn that has always connected our banner to rockets and bombs. At the 7th inning stretch, we’ll cheer local servicemen and women just returned from current U.S. wars in Iraq, Afghanistan, Syria, where (it will be claimed) they’ve bravely defended our democracy and freedom.

We’ll wave flags, attend fireworks displays, and wear clothes with patriotic insignia. There will be parades with high school marching bands. Picnics will feature hot dogs, hamburgers, apple pie, potato salad, beer and Coke. At other gatherings, the Pledge of Allegiance will be recited proclaiming that our nation is one, indivisible and lives “under God.” In the spirit of it all, some will inevitably cheer “U.S.A., U.S.A.”

In short, we’ll celebrate life in America, where patriots are blessed and happy.

Unfortunately, none of that will ring true for me this year. In fact, it hasn’t in a long time.

That’s because as a nation (as in the Israel of Elijah, Elisha and Jesus) we’ve long since abandoned the ideals that supposedly underlie the garish and familiar outward display. In fact, it’s all been hijacked in a coup d’état – or several of them – that we don’t even recognize as having occurred. I’m referring to the assassination of J.F.K. in 1963, and to the selection of George W. Bush by the Supreme Court (rather than by voters) in 2000, and to the recent gradual and undemocratic seizure of all levers of public power by what Chomsky calls “the most dangerous organization in the history of the world,” viz. the Republican Party. Their anti-democratic power grab has been facilitated by:

All of that has made untenable any pretension of democracy. Ours is now an entrenched plutocracy, where the popular will doesn’t matter. Our wars have nothing to do with advancing democracy’s cause. In fact, few could even explain (much less defend) why “we” are fighting in Iraq, Afghanistan, Syria, or Yemen. Can you? I can’t.

So it turns out that our soldiers are not heroes. They are well-meaning, but systematically brain-washed by their “basic training.” That enables them to routinely torture and kill the innocent impoverished people whom they’re mobilized against for reasons the soldiers don’t even question, much less understand. (Isn’t it interesting that ALL our wars are fought against the desperately poor?) Supposedly, our military is fighting terrorists. But those simply wouldn’t exist absent their direct creation by the U.S. government – to defeat the Russians in Afghanistan (during the 1970s) and as a direct response to our country’s unprovoked invasion of Iraq in 2003. There is no doubt about it: ISIS was “made in America.” Most of our victimized and victimizing service people know none of this.

Far from being brave and free, the rest of us are all scared out of our wits and are constantly and resignedly monitored by a Big Brother whose unchanging mantra is “Be afraid. Be very afraid.” So we withdraw into our homes (some in literally gated communities) and distract ourselves with our T.V. shows, computers, IPads, and smart phones. We cheer an ignorant and mendacious Reality Show President as he proposes plans to build defensive walls against the immigrant successors of our own ancestors. We treat as normal an entire Know Nothing political party bent on depriving millions of health care and whose climate-change-denial will render the planet unlivable for our grandchildren. Without so much as a whimper, whites look on largely silent as skin-head police thugs are acquitted again and again, even after their neo-lynchings of unarmed black people are unambiguously caught on camera. The blue suited cowards’ unwavering self-defense is: “I feared for my life.”

We’ve become a land of the constantly surveilled and skittishly cowered.

All of that is called into question by today’s biblical readings. Together they celebrate “reception,” i.e. hospitality offered to prophets (social critics), the righteous (social justice champions), and the least among us. All of them, we’re told, are embodiments of the Christ Spirit and of God himself. The welcoming word “receive” appears eight times in today’s brief gospel selection.

And who is it that we’re receiving? As I’ve indicated, they are prophets to begin with. The first reading recounts an episode from Elijah’s successor, Elisha. Elijah, remember, was the fierce social critic of Israel for abandoning its identity as protector of widows, orphans, and immigrants. He excoriated palace sycophants who in the name of God optimistically, patriotically, and blindly proclaimed “peace, peace.” Instead, Elijah correctly predicted, Israel’s chickens would come home to roost. They’d be humiliated by Babylon – the ancient name of present day Iraq. Elijah’s successor, Elisha, continued his mentor’s mission after the latter was swept up to heaven in a fiery chariot.

Jesus of Nazareth as well as John the Baptist were identified as Elijah redivivus. They suffered accordingly. The people turned against them as they had done against all the prophets. Jesus was crucified as an enemy of the Roman Empire and its temple collaborators. According to Mark, the evangelist, the Master was thought insane by his mother and family.

So in today’s gospel, we find Jesus directing us to love God’s Kingdom more than family. (The Kingdom as embodied in Jesus’ person was a vision of what the world would be like if it were governed by God instead of Caesar and his successors.)  In today’s reading, Jesus calls us to damn the consequences of being as outspoken as were he and his prophetic predecessors.

We too must be ready, he says, to take up our cross and follow him. (Remember the cross was the instrument of torture and death reserved for opponents of Rome. His reported reference to “the cross,” then, is highly political.)

So on this Independence Day, perhaps our most patriotic action might be (at least in spirit) to spend the day in sackcloth, ashes, and mourning. It might be best to look critically at the fireworks, parades, ball games, picnics and family gatherings, as though they belonged to foreigners and to reinterpret them as a summons to resist. (In fact, any follower of Jesus, is a foreigner in this world, and a resister by definition.)

In other words, our call this day might be to speak the truth about our lost ideals, and then to endure patiently the fury of the family, friends, and community Jesus tells us to reject for his sake. Our true family, he reminds us, is not composed of “Americans,” but of the prophets, social activists, and “little ones” he, Elijah and Elisha championed so fearlessly.