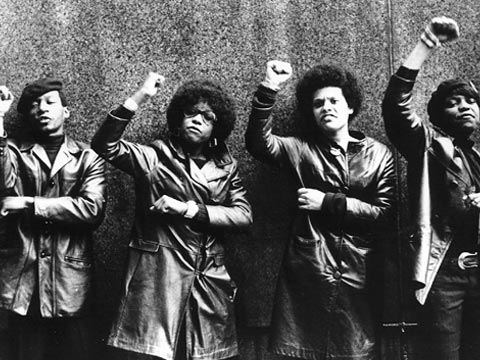 I remember 10 years ago taking Berea College students for a January “Short Term” to Cuba. Our month-long assignment was to study the African diaspora in that island nation. One day we were privileged to have Cuban poet, essayist and historian, Roberto Fernandez Retamar grace our classroom. Now 87, he was then about my age.

On that occasion, the great man said something that struck me as powerful, and that relates to the blockbuster movie everyone’s talking about, Black Panther. Retamar stated that black people in the Americas are the strongest, most beautiful most intelligent people in the world.

Before slaves were transported from Africa, he said, they were closely inspected for their strength, beauty, and intelligence. Their arms and legs were assessed for their musculature. Like horses for sale, their teeth were scrutinized. Women were evaluated in terms of their beauty and apparent ability to reproduce. Only the best were selected and shipped abroad. Those who didn’t measure up were left behind.

Then on the Middle Passage, only about half – again, the best of the best themselves survived.

When the slaves arrived at the auction block those evolutionary wonders were once again culled – for strength, beauty, skills and intelligence.

The culled are the ancestors of today’s African Americans, who remain, not surprisingly, the strongest, most beautiful and smartest people on the planet.

That’s what Retamar said. And it thrilled me and our mostly African-American students.

The same thrill is today being experienced nearly universally by millions of African-Americans and others across the world as they view the Disney and Marvel Comics film, Black Panther.

It celebrates the beauty, strength, intelligence and resourcefulness of Africans and African-Americans in a magnificent display of their inherent gifts. The film has been called “a defining moment for black America.”

That’s because Black Panther‘s stellar cast is nearly all African or African-American. And to reference another great man, in the movie’s mythical country of Wakanda, all the women are strong, the men are beautiful, and all the children are above average.

Moreover, the film presents themes that are anti-colonial, pro-liberation, wonderfully African and conscious of the oppression that people of color to this day experience everywhere.

The bare bones of the narrative are reminiscent of Greek tragedy: The benevolent king of a fabulously wealthy African country (Wakanda) has died. His virtuous son, T’Challa, is selected to fill the vacancy. But there’s a rival for the throne. It’s his villainous cousin, who challenges and defeats and apparently kills T’Challa in ritual hand-to-hand combat. The cousin proceeds to head a regime that tramples on tradition, disrespects women, and uses his country’s wealth for evil purposes. But T’Challa returns from his coma to restore order, tradition, and prosperity. He shares his nation’s wealth with the rest of the world.

Again, it’s a classic story whose details celebrate blackness, names white supremacist racism for what it is, and calls for revolution against colonialism in past and present forms. All of that is ground-breaking and entirely admirable.

However, the film pulls its punches severely leaving its potentially revolutionary message muddled and garbled. That’s true to such an extent that Black Panther finally comes across anti-revolutionary propaganda for the status quo and CIA. The attentive will see this as they witness a film that:

* Is entitled “Black Panther” but makes only a nod to the actual Black Panther Party of the 1960s.
* In doing so, deceives the uninformed in its audience about the Party’s nature by portraying its only member in the film as a “Killmonger” (the wicked cousin) instead of a community organizer.
* On the one hand, depicts Killmonger’s program as arming the world’s oppressed against the white colonial status quo that tyrannizes people of color throughout the world.
* But on the other describes him as preparing for that mission by service as a CIA mercenary killing hundreds of those people in Iraq, Afghanistan and other poor countries imperialized by the United States.
* Confronts Killmonger with T’Challa, his good-guy adversary, whose idea of changing the world is charity rather than systemic transformation of what Killmonger correctly perceives (in bell hooks words) as the white supremacist, imperialist, capitalist patriarchy.
* Has T’Challa ally himself with the CIA to defeat the revolutionaries Killmonger has assembled.
* Peoples the movie with “strong black women” whose strength is mostly evident in their machismo – i.e. in their ability to scowl and kill as heartlessly as their male counterparts.
* Celebrates the film’s heroine for allegiance to country above her most intimate relationship.
* Presents a white CIA agent as heroic.

Moreover, any chance of understanding the film’s references to colonialism, white supremacy, and the villainous reality of the CIA is further obscured by Black Panther’s spectacular visuals – by 134 minutes of comic book chases, space ship dogfights, explosions, karate displays, knifings, spearings, shootings, fantastic escapes, and magical returns from the dead.

One comes away from the film happy to have seen blacks centralized and celebrated in a Hollywood blockbuster, but having gained very little in terms of understanding the nature of oppression, the robbery that is the essence of colonialism, or the true spirit of the Black Panther Party, of Bobby Seale, Huey Newton, Eldridge Cleaver, or Angela Davis. There is no hint of any Free Breakfast for Children Program, of Black Panther health clinics, or the party’s emphasis on food justice. Instead, one identifies Black Panthers as violent Killmongers with utter disrespect for life, women and tradition.

When Roberto Fernandez Retamar gave us his class, he said something else that relates to Black Panther. Though his skin color is as white as my own, he introduced his remarks with the phrase, “I who am more or less black . . .” With those words he reminded us all that, by every account, life began in Africa. So, all of us are more or less black.

In other words, Black Panther is about us all. It can remind us that White Supremacy is a fiction that oppresses every one of us. So is capitalism’s patriarchal regime with its seemingly inseparable colonialism, neo-colonialism, and endless resource wars.

The struggle for liberation depicted in Black Panther is incumbent on all of us to join.

Too bad that point wasn’t made more clearly.