Lin Manuel Miranda’s musical, “Hamilton,” is back in the news. The day before Independence Day, Disney + made available the filmed version of the acclaimed musical.

This time, however, in the light of Black Lives Matter and its reassessment of our nation’s patriotic statuary, some critics have understandably muted their praise for the play and its unmitigated hagiographic rehab not only of Alexander Hamilton, but of George Washington and Thomas Jefferson.

All of them, of course, were enslavers of Africans and brutal exterminators of Native Americans. (Remember the part of Jefferson’s Declaration of Independence that describes the latter as “the merciless Indian savages, whose known rule of warfare is the undistinguished destruction of all ages, sexes and conditions.”)

The soft-pedaled praise has made me feel cautious vindication. That’s because nearly five years ago, I incurred the wrath of my family by critically reviewing “Hamilton,” a play they all adored.

I’m sure you can understand their reaction. Not only did they adore the play, but my daughter and her husband (at great expense) had brought our entire family to see it in November of 2015. So, in their eyes my commentary demonstrated not only Philistine insensitivity, but an exceptionally high quality of ingratitude by looking a gift horse in the mouth.

In fact, the blog offended everyone to such an extent that all three of my adult children immediately unsubscribed from my blog. (And they haven’t re-subscribed since.) Whenever “Hamilton” is mentioned in our family, the story of my betrayal is enthusiastically rehearsed by everyone including my young grandchildren.

Nonetheless, it’s in that spirit of cautious vindication that I republish my original piece. I do so without change, except for my regret that I didn’t credit Ishmael Reed for the Eichmann line in the piece’s last sentence.

In the era of Black Lives Matter, how do you get Whites (including the Fox News crowd) to give standing ovations to Blacks and Browns presenting a play about the era of slavery and “Indian” extermination?

Simple: You (1) forget about Black Lives Matter, extermination and slavery and (2) make the play a “reverse” minstrel show where (3) a cast of what Malcolm X called “house Negroes” pretend to be white and celebrate the very people who oppressed and slaughtered their own forebears.

And there you have it: Lin-Manuel Miranda’s feel-good musical “Hamilton,” which is currently setting box office records on Broadway before enthusiastic, overwhelmingly white audiences.

It’s a whiteface minstrel show without the grease paint.

In “Hamilton,” mostly black and Hispanic actors cavort and grin through performances redolent of Stepin Fetchit. Without a hint of conscious irony, they domesticate their communities’ hip-hop resistance medium to celebrate the slave merchant, Alexander Hamilton and the Indian Exterminator, George Washington.

And white people love it. That’s because “Hamilton” is the Horatio Alger story our culture loves and uses against the poor, especially people of color.

“Hamilton’s” about a lowly illegitimate Scotsman from the Caribbean who at the age of 19 comes to New York City bent on making a fortune and achieving immortality. An unabashed social-climber, young Alexander sees himself as the embodiment of “his country.” He is “young, scrappy, and hungry” with plenty of brains but no polish — a real diamond in the rough.

So he joins the revolution, marries into the rich slave-owning Schuyler family, rises to prominence in the Continental Army, fathers a son, authors most of the Federalist Papers, has an affair, becomes Secretary of the Treasury and is killed in a duel with Aaron Burr.

Actually, Hamilton turns out to be a real buffoon. He’s self-centered and arrogant. Though a criminal in the eyes of the slaves and “Indians,” he and his kind are obsessed about his “honor” and are willing to kill and be killed for honor’s sake. Three duels mark the play. One eventually causes Hamilton’s own death; another takes the life of his son. He’s one of the “Founding Fathers,” who routinely crushed slave and “Indian” uprisings without mercy, but then self-righteously took up arms against England. Their issue (as the play puts it): taxes on tea and whisky!

The play overflows with comatose irony.

Lin-Manuel Miranda is the Puerto Rican artist who produced “Hamilton’s” music, lyrics and book. Though his people know plenty about the horrors of colonialism, he doesn’t seem to get it either. Instead, he presents his work as a celebration of post-racial patriotism. He has said “We’re telling the story of old, dead white men but we’re using actors of color, and that makes the story more immediate and more accessible to a contemporary audience.”

Apparently, the actors are just as clueless. They’re doing a minstrel show for the descendants of the Massa.

It’s like their Jewish counterparts cavorting and grinning through a celebration called “Eichmann!” 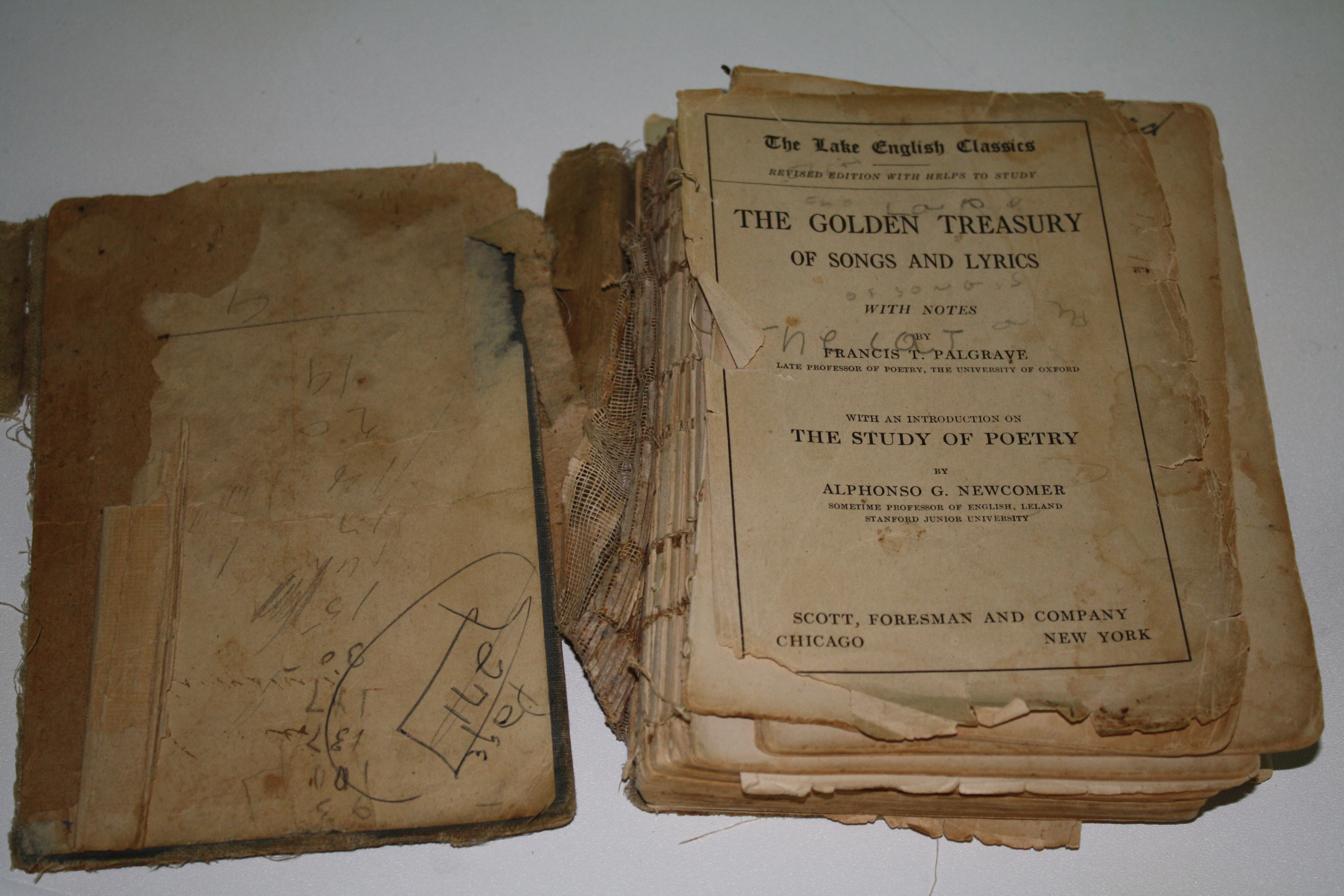 I skipped this “personal reflections” blog entry last week, because of a delightful visit by our four grandchildren over their spring break from Montessori School. So I was out scootering on Berea’s campus, eating ice cream, making breakfast pancakes, playing “Candyland,” and generally horsing around  for a week with Eva (age 7), Oscar (5), Orlando (3), and Markandeya (1 ½).  It was all great fun – unforgettable moments to treasure now and anticipate in the future.

It was all much more rewarding even than fashioning a blog entry, which I also love to do – though not nearly as much as being “Baba” for those four.

In the meantime, I heard from friends who could relate personally to what I had written about my best college professor, Fr. James Griffin. More than one former classmate had similar reminiscences of “Tiffer” (as we used to call him). Others with different backgrounds recalled professors like him who were  demanding, uncompromising , and (above all) eye-opening about literature, images, metaphors, similes, that (in the Tiff’s words) “capture, contain, and communicate” the reality they symbolize.

Many of us were also blessed with teachers of rhetoric who demanded short sentences confined as much as possible to subject-verb-object constraints (SVO! SVO!).

Such exchanges with friends made me realize that I could blame Fr. Griffin for the “Hamilton” fiasco I recounted at the beginning of this series.

Remember that Fr. Griffin had us wearing out our paperback Palgrave’s Golden Treasury of Poetry. We had to read and reread those metaphysical poets, keeping track of the images they used and finding new meaning in those word-pictures each time. Similarly we combed through Shakespeare, Dickens, Jane Austen and others. We learned to interact with their characters and talk about their thoughts, actions and motives as though those fictional women, children, and men were agents of flesh and blood. (I remember falling in love with Elizabeth in Pride and Prejudice and Nancy in Oliver Twist.)

Such readings had us constantly looking below the surface for hidden meanings and feeling triumphant and increasingly confident when we discovered them.

And there’s the “Hamilton” connection. My response to the play wasn’t the first time my children objected to my diving below the surface to reach some “outlandish” conclusion. For instance, I remember us arguing about my take on Tom Hanks’ “Captain Philips.” I saw it as a typical self-congratulatory “cavalry to the rescue” story that demeans indigenous people while exalting the U.S. military. (You can read my review here.)

Such “readings” of literature – and life – are guided by questions like these:

That’s the sort of thing I began to learn from Fr. Griffin during my freshman and sophomore years at our seminary in Milton, Massachusetts. Later on, people called it “critical thinking.”  And (to be truthful), the approach sunk in only gradually over the years. I mean it’s not like I suddenly became a critical thinker as a college freshman or sophomore. On the contrary, I was mostly reluctant to challenge received wisdom. Remember I was trying to be an obedient model seminarian who followed all the rules.

(Next week: Learning to Read Even the Bible with Critical Perspective)