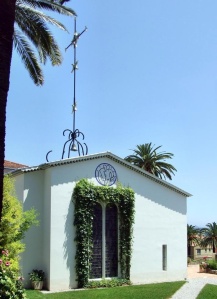 While visiting the French Riviera to visit a generous donor to Peggy’s Women and Gender Studies Program, we ended up in the Chapelle du Rosaire in Vence designed by Henri Matisse. Our very warm host accompanied us there. Peggy and I were anxious to go, since experiencing the Matisse cut-out display at the New York Museum of Modern Art (MOMA) last winter.

A very able docent explained the chapel to our group of perhaps 30 people. The windows were very like the cut-outs we had admired in the MOMA.. 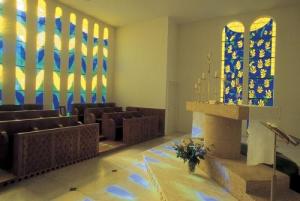 The altar was made to resemble bread. Notice the painting of St. Dominic on the right. 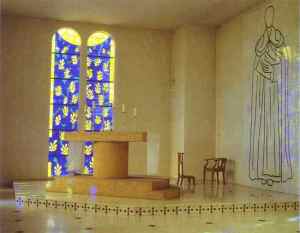 The stations of the cross on the chapel’s back wall were spectacular – stark black and minimalist, each numbered. 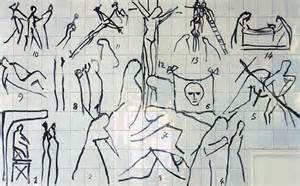 Bright chasubles were displayed outside the chapel in a small museum. 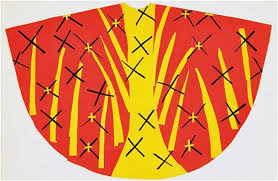 We learned that during an illness, while in his 80s, Matisse had advertised for a young, pretty nurse to care for him. The woman who won the job was quite plain, but also served (the docent told us) as Matisse’s “chaste model.” She later became a Dominican nun. And Matisse designed, built and adorned the chapel in her honor. 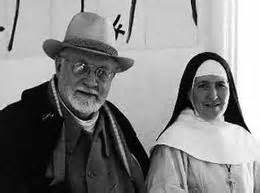 It was our great honor to absorb it all.

For me it all raised questions about art. What is it really? What is the nature of beauty? What does Matisse have to teach us about that?

What do you think?