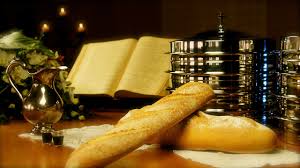 As indicated in earlier postings (here and here), the ascension of Donald Trump and his group of billionaire confidants to national leadership calls people of faith in general and Catholics in particular to adopt extraordinary and vigorous responses to the grave threat their ascent signifies.

This posting represents one such response. Its call is especially urgent in the light of the fact that the Trump administration and Republicans in general embody what Noam Chomsky has termed “the most dangerous organization in the history of the world.” Their unanimous climate-change denial accords them the title. In fact, they not only deny the human causality of climate chaos, they plan to proceed full speed ahead with the practices (oil and gas drilling and fracking) that our planet’s finest minds identify as its causes. The Republicans (with the Democrats not far behind) are leading us all like lemmings to the precipice of planetary destruction and the end of human life as we know it.

This is no exaggeration.  As Pope Francis has written so eloquently:

“Doomsday predictions can no longer be met with irony or disdain. We may well be           leaving to coming generations debris, desolation and filth. The pace of consumption, waste and environmental change has so stretched the planet’s capacity that our contemporary lifestyle, unsustainable as it is, can only precipitate catastrophes, such as those which even now periodically occur in different areas of the world. The effects of the present imbalance can only be reduced by our decisive action here and now. We need to reflect on our accountability before those who will have to endure the dire consequences.” (Laudato Si’ 161).

It is clear that despite Francis’ strong words, “decisive action” in the face of Trumpism’s climate-change denial and other destructive policies has no chance of issuing from the diocesan Catholic Church nor from our local Catholic community in Berea. So the invitation here is to Catholics and other people of faith to create an alternative (or, if you will, a complementary) community of faith to celebrate a house-church Mass each week. Its liturgy will be characterized by sharp awareness of the unique political context we are now entering. Each will be followed by discussions planning direct action against Trumpism in all of its forms.[2]

The Mass will be simple and prayerful. It will take place on Saturday evenings in a home (Peggy’s and mine to begin with). Together we will sing some inspiring songs, reflect on the week’s liturgical readings in the light of the Church’s rich social justice tradition, and break bread eucharistically before sharing a pot-luck supper. Each meeting will incorporate planning for specific acts of resistance.

The first convening of this alternative community will take place on Saturday, January 21st, the day after Mr. Trump’s inauguration which is scheduled for January 20th. Here are the details:

Beginnings, no doubt, will be small and modest. But we should not be discouraged. Ideas about how to proceed more inspiringly will surely develop as all group members share their suggestions.

[1] Starting next Tuesday, I will start a 4-part series here explaining the history and theology behind home liturgies including an explanation of current theologies of the Eucharist and “Real Presence.”

[2] For those who remember: The faith community envisioned here might be thought of as a more spiritually-focused Berea Inter-Faith Task Force for Peace.

One thought on “Catholic Action vs. Trumpism: An Invitation to an Alternative Weekly Mass[1]”