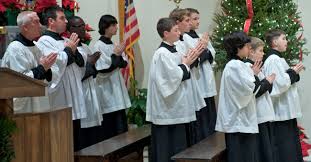 Let me put some flesh on the abstractions I’ve shared so far in this series on critical thinking. I include this autobiographical material to explain the origins of the conclusions and principles I intend to share later on. They all came to me quite gradually and despite my sometimes fierce resistance.

I also present this segment to raise questions for the reader about issues connected with the Global South and its relationship to the United States and its policies. Questions similar to your own, I’m guessing, arose for me in the course of my travels. Hopefully, the rules for critical thinking to be elaborated later on will suggest answers about colonialism, capitalism and socialism, poverty, U.S. policy itself, violence, terrorism, and war. In the contemporary world, those, after all, constitute the topics worthiest of critical thought.

The odyssey I’ll describe has taken me across five continents – from Chicago to Delhi. My journeys had me gathering wisdom from my earliest school teachers, and later from world-renowned philosophers and theologians, as well as from revolutionary fighters, community organizers, gurus, teachers of meditation, and as-yet-to-be-canonized saints. As the story unfolds, I hope you can witness my horizons expand. There is nothing like language study, travel, and challenges from outside one’s cultural cave to stimulate critical thinking. Watching my process may make you aware of your own.

Like everyone else’s, my horizons were highly constricted at first. To be perfectly honest, I did not start thinking in truly critical ways till perhaps the age of 25. Yet before then, I was extremely concerned with thinking and truth. As a candidate for the Catholic priesthood from the age of 14, I studied Catholic “apologetics” and took it all quite seriously. Apologetics meant rational, logical “defense of the faith.” Later as a philosophy major in the Catholic seminary, my whole academic orientation dealt with rational approaches to subjects such as metaphysics, cosmology, and logic itself.

Yet despite such emphasis on rationality, I was not really thinking critically. Instead, my thought processes remained limited by what philosopher, Ken Wilber and others describe as those early stages of consciousness through which every human being must pass. As previously noted, they begin with ego-centrism, pass through ethnocentrism, and finally (for some) arrive at global and possibly even cosmic-centrism.[1]

Reflection has shown me how each stage of my own growth along those lines suggested to me one or more of the ten rules for critical thinking that I mentioned in previous postings.

I was always a very religious boy. Living on Chicago’s northwest side, my working class parents (my father was a truck driver) had sent me to St. Viator’s Catholic Grammar School from kindergarten through 8th grade. Every grade there was taught by a Sister of St. Joseph of Carondelet. I have nothing but fond memories of them. They enhanced my spiritual sensitivities. Under their tutelage, I attended Mass every day, went to confession each Saturday, and became a “Knight of the Altar” (altar boy) advancing to the rank of “Vice Supreme Grand Knight.” I prided myself in learning the associated and complex Latin prayers perfectly. I loved all of that and wanted to be like Father Burke, the young but strict disciplinarian who was in charge St. Viator’s School.

With that sort of background, it comes as no surprise that my first worries in life were about the salvation of my eternal soul. That’s the form my egocentrism took. I needed to secure heaven and avoid hell at all costs. Nothing else mattered.

So seriously did I take the task that I found myself afflicted early on with a case of scruples that recurred for me periodically till my early 20s. Scruples meant that I worried about and feared as sinful what other saner people would not – especially anything that might be associated with sex.

So I became obsessed with confessing my “sins,” lest I die in mortal sin and lose my eternal soul forever. That form of obsessive-compulsive behavior was very painful for me. But with help from various spiritual directors, I gradually gained the courage to think for myself (even about God and sin). I remember thinking: “I can’t go on like this. If I’m going to hell, I’m going to hell. But I’m trusting that God is not that fearful Being “up there” looking for the least excuse to condemn me. I’ll take my chances.”

That in itself was a step away from ego-centrism and a nascent expression of critical thinking, at least in the religious sphere. I was somehow unconsciously employing the principle, “Connect with your deepest self.”

[1] It should be noted that I am about to describe my development of intellectual, spiritual, and political awareness. Wilber refers to such dimensions as “lines” of development. Other lines include physical=kinetic, psychological, artistic, emotional, etc. One might be well-developed in some of these lines, and less advanced in others. For example, a person might be quite advanced intellectually, but less so emotionally and artistically.