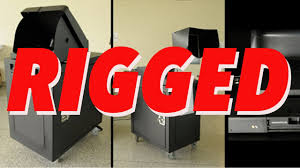 For years I’ve been arguing with friends that Adolf Hitler actually won the Second Inter-Capitalist War (1939-’45). [As a matter of fact, in 2001, I wrote an article to that effect; it was published (in Spanish) by Costa Rica’s Ecumenical Research Institute (DEI).]

It took a while for his fascism to triumph here, I argued. But triumph it did. U.S. support of fascism in the Global South was bound to come home. Moreover, I said, the United States represents the planet’s greatest threat to world peace. It not only spends more on the military than the rest of the world combined, it is also the instigator of most of its wars. The world scourge of “terrorism” is a U.S. product directly traceable to its military interventions on behalf of Big Oil. Additionally, “America’s” human rights record is abysmal. If it dropped off the map tomorrow, the world would be much better off.

Domestically, I said, U.S. “democracy” is a sham. In reality, those calling the shots are not “The People,” but large corporations aided and abetted by the military – what Dwight Eisenhower called “the military industrial complex.” In fact, Eisenhower’s phrase represents a nearly perfect definition of fascism. According to Benito Mussolini, it’s the union of government and corporations. “Corporatism,” he called it. That’s our system, pure and simple.

On and on the argument continued.

Since November 8th, however, I’m happy to report the argument is over. With the accession of the Trump team to power, the truth of my argument has become transparent. Pretense is no possible. Now no one can deny:

Begin with the question of plutocracy and fascism. The take-over by the rich – by Mussolini’s corporations – is complete and transparent. And sitting right next to them at “The Table” are the military men. Add them up:  A self-identified billionaire heads the whole show. The president of Exxon will be his secretary of state. Goldman-Sachs officials will hold several cabinet posts. The Secretary of Defense will be a general. Same for the head of Homeland Security. And then there’s Trump’s National Security Advisor – also an ex-general. It’s all suggestive of a military coup.

As for human rights . . . The president-elect has promised to expand the U.S. prison at Guantanamo, where prisoners are held in violation of Habeas Corpus requirements. He has also threatened to torture terrorist suspects – and to kill their families! Yes, he’ll water-board, he said, and do “a hell of a lot worse” than that. Such statements, of course, run contrary to international law and fly in the face of the Nuremberg Principles. Though Trump recently has claimed to reverse his stance, his nomination, for instance, of National Security Advisor calls such disclaimers into question. Michael Flynn, has also been a torture advocate. So under Trump look for more Bush II-style legal justifications of “enhanced interrogation” techniques which included waterboarding and infliction of physical pain stopping just short of the point of death. As they say, torture by any other name . . .

Such positions on what the rest of the world regards as inhumane and illegal are just part of the reason why the U.S. is now and has been for years generally regarded as the greatest threat to world peace. Gallup polls have born that out. Look it up on the web, and here’s what you’ll find:

“According to the leading western polling agencies (WIN/Gallup International), the prize for ‘greatest threat’ is won by the United States. The rest of the world regards it as the gravest threat to world peace by a large margin. In second place, far below, is Pakistan, its ranking probably inflated by the Indian vote.”

And this does not even take into account the incoming administration’s position on climate change. Trump’s nominations to head the Environmental Protection Agency (EPA) and the Department of Interior remove any doubt that the U.S. is the greatest threat to human survival. Both of them are vehement climate-change deniers – as are the president-elect himself and the entire Republican Party now in charge of most of the nation’s levers of power. None of them is a climate scientist. Yet as a group, and despite the contrary conclusions of 97% of climate scientists, they choose to impose their unsupported opinion on the entire planet regardless of its predicted impact their own grandchildren. Their promise to withdraw from COP 21 agreements regulating carbon emissions isolates the United States as a truly rogue nation – a criminal state. It makes the Republican Party what Chomsky has called “the most dangerous organization in the history of the world.”

The U.S. is also no longer a democracy. Here Donald Trump was right. The whole system is rigged. And (once again) with Republicans holding all those power levers, it will possibly never be set right. Think about what’s just happened:Republicans have “won” the recent election on a constitutional technicality. That is, despite the fact of losing the popular vote by 2.7 million votes, they’ve been awarded the White House on the basis of “electoral votes.” But even that claim is questionable (even without considering charges of Russian interference in the election on behalf of Donald Trump). For instance, as Greg Palast has shown, 73,000 votes from African-American precincts in Detroit and Flint (heavily Democratic areas) were not even counted. The story is similar in Ohio and Florida, where Trump’s margins of victory were also razor thin. Yet in all three states, Republicans and supporting partisan judiciaries have opposed even recounting ballots by hand. Simply put: that’s not democracy.

And democracy might never return because of Republican-tilted electoral machinations including:

All of this –  the plutocracy and its fascism, the criminal disregard of human rights, permanent war and climate-change denial, and the impossibility of even pretending to be democratic – has rendered the United States not only venal and rogue, but POOR. Even at the economic level, we are shockingly impoverished with 14.8 percent of the population living below the official poverty line. But apart from that, U.S. infrastructure is falling apart, our public education system is harshly segregated and unequally provisioned between rich and poor. Our health-care system ranks last overall among 11 industrialized countries “on measures of health system quality, efficiency, access to care, equity, and healthy lives.” All of that makes Americans poor, even as stock prices boom and some among us are unfathomably rich.

None of that promises to improve under a Trump presidency. The president-elect’s cabinet nominations including for Secretary of Labor and for Housing and Urban Development tell the story. One is the enemy of unions and “living wage” movements; the other wants to dismantle public housing despite a nationwide epidemic of homelessness. Trump’s Attorney General is a white supremacist. Under such “leadership,” U.S. poverty will deepen. Gaps between rich and poor will widen. Our status as a Third World country will solidify.

All of that is now clear. We can no longer pretend. Hitler won. Fascism has triumphed. The racism, sexism, homophobia, and xenophobia at the top stand clear for all to see. Clarity like that is good. And since complacency is now intellectually unfeasible, the Cassandras among us can now unite with the formerly complacent to attack the problem at hand. Doing so must entail the following steps:

4 thoughts on “I’m Happy that Trump Stole the Election: At Last, Everyone Can See “America” for What It Is!”